From AAF Cincinnati:
Paula Froelich is a a journalist. So, today, the Greater Cincinnati Society of Professional Journalists joined us. Thanks, Ginny McCabe, for helping spread the word about Paula being here! ‪#‎AAFCincinnati‬ ‪#‎CincySPJ 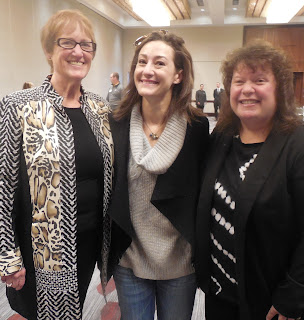 Paula Froelich is the Editor In Chief of Yahoo! Travel. She is also the New York Times best-selling author of the novel, “Mercury In Retrograde” and was the deputy editor of the New York Post’s gossip column, Page Six, for ten years. In January 2012 she won a Gold Medal award from the North American Travel Journalists Association for her piece in Playboy on Iraq, “Down And Out In Baghdad.” Paula is originally from Ohio and Kentucky and loves to travel to places where the USD still means something. www.PaulaFroelich.com