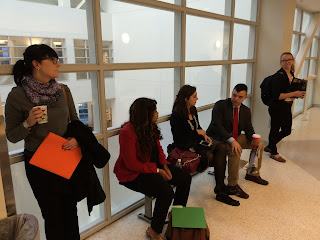 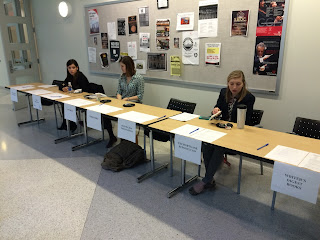 They were the dozens of Greater Cincinnati college and university journalism students seeking spring and summer internships.

The occasion was the annual Internship Interview Day at the University of Cincinnati co-sponsored by the UC Student Chapter of the Society of Professional Journalists and the Greater Cincinnati Pro Chapter.

The majority of the students participating were from the University of Cincinnati and the remainder traveled to Cincinnati from Miami University in Oxford.

UC SPJ Advisor Jenny Wohlfarth said feedback from the media partners was overwhelmingly positive. Many students are likely to land internships because of the interviews giving them a potential head start on a full-time job or career.