The ethics of drones discussed at National SPJ convention 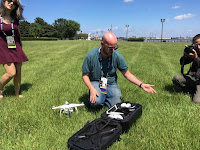 Drones are the newest tool being used by many news organizations to enhance their coverage. While the equipment in being updated and improved yearly, the rules of how and when to use them are still being developed.
There are flight operations requirements just issued by the federal aviation administration. 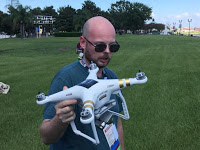 There are legal issues for which case law is still developing and laws that have yet to be written. However, there are ethical guidelines that are already in place from the society of professional journalists.

The dos and don’ts were discussed in great detail during the excellence in journalism convention in New Orleans. The presenter was Andrew Seaman, chair of the SPJ ethics committee, to journalists from around the world.


Do:
Don't:
Seaman said a guiding overall principle should be, “If you wound’t do it on the ground, don’t do it in the air.”

"If we’re irresponsible, we lose privileges,” he added. More information is available at www.spj.org.