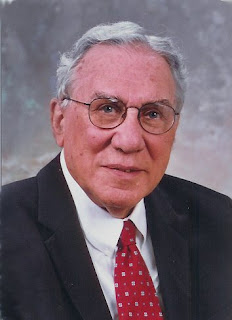 
Three score and six years ago a young student at Northwestern University decided to dedicate his life to the practice of high quality, ethical journalism.

He joined Sigma Delta Chi, the forerunner of the Society of Professional Journalists.  Since then, neither the profession nor SPJ has been the same.

His name is Emil Dansker, now 86 years old and still active as a board member of the Greater Cincinnati SPJ Professional Chapter.  In fact, he was one of the chapter’s founding members in 1967.

Newspapers as diverse as the Toledo Blade, Dayton Daily News and the Cincinnati Enquirer were where he applied his considerable skills with the written word.

He pushed students to take full advantages of opportunities to grow personally and professionally by making sure they knew they could do anything they wanted.

Dansker began a program for students to cover national political conventions. He co-produced a documentary on the coverage of the Kent State University shootings in May of 1970.

All the while he raised a family and still managed to continue to serve SPJ.  His stellar work earned him a Howard Dubin Award — somewhat ironic since he and Dubin were classmates at Northwestern.

Dozens of people gathered in Cincinnati recently to pay tribute to this dedication and influence on them.  Family members, long-time friends, former students and SPJ members were part of the crowd.

Person after person told story after story about Emil Dansker being a huge part of their life.  When all the words had been spoken, all he could do was say, “Thanks.”  He was speechless.

Causes come and causes go for people as they live their lives.  Emil Dansker took up the cause of good journalism in the 1950’s, is still practicing it today and will be doing it well into the future.