A Remedy For Fake News? 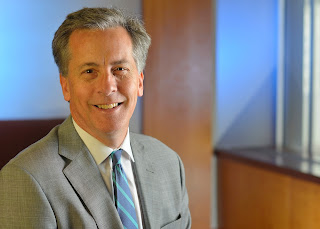 A Remedy For Fake News?
Guest Column: By Jack Greiner, Attorney, Graydon
We’ve seen growing media coverage recently about online “fake news.” These are those posts that go viral thanks to the ability of crazy relatives to hit the “share” button on Facebook.

But apparently, the phenomenon is bigger than relatives with too much time on their hands. It’s big business. I saw a report recently that a fake news writer was able to make $10,000 per month for making stuff up. I had no idea.

The business plan is pretty simple. The fake news sites are able to get display advertising on the sites, and they get a payment each time someone visits. The payment per hit is tiny, so the incentive is to draw traffic to the site. That means at least two things. First, the more outrageous the story, the more hits. That of course means more revenue. So, according to a recent Washington Post article, a fake story headlined “Pope Francis Shocks World, Endorse Donald Trump for President, Releases Statement” – a completely false story – got 100,000 shares. Even at pennies a hit, that’s decent money. Second, the fake sites benefit tremendously from being on Facebook, simply because of the ubiquity of that site.

Facebook is understandably concerned about this business model, because ultimately, it puts the credibility of Facebook in doubt. And to the extent Facebook wants people to perceive it as a news site, that’s a large problem. Facebook is taking steps to crack down on the practice, but I wonder if it will get some help from the Federal Trade Commission.

The FTC has the authority to prevent “deceptive acts or practices in or affecting commerce.” Fake news presents a bit of a complication. To the extent the fake news is being pushed out simply to advance a political agenda, it’s not really “commerce.” But when the fake news is being used to lure eye balls to advertising sites, and the purveyors are cashing in, it starts to sound a lot less like “politics” and a lot more like commerce.

The FTC has weighed in on this subject at least once. In a 2013, proceeding, the FTC shut down a site printing fake “news” about the health benefits of Acai berries. There, the connection was more direct – the fake news was about the product being sold. But does it matter? If someone is churning out made up content to draw eyeballs to pump up ad revenue, it sounds deceptive to me. I’m not sure there needs to be much more.

And it’s not like this is a victimless crime. To what extent were voters swayed by total BS posing as legitimate “news”? And I’m not talking about differences of opinion here. I’m talking about lies knowingly made for no reason other than to line some troll’s pocket. Facebook certainly has incentive to shut this “industry” down, but if the FTC can lend a hand, so much the better.