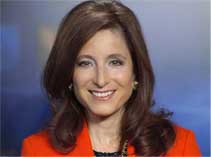 Abbi Martzall, SPJ Awards Coordinator, (317) 920-4791, amartzall@spj.org
Anna Gutierrez, SPJ Communications Coordinator, (317) 920-4785, agutierrez@spj.org
INDIANAPOLIS — Miriam Ascarelli and Hagit Limor were selected to receive the Howard S. Dubin Outstanding Pro Member Award from the Society of Professional Journalists for their outstanding contributions to their SPJ chapters and regions.
Each year, this award is given to no more than two members — one from a chapter of 75 or more members and one from less than 75 members. The award is in honor of longtime SPJ member of the Chicago Headline Club Howard Dubin, who not only contributes time and money to the Society but also remains dedicated to service at the chapter level.
Miriam Ascarelli
Ascarelli was nominated by John Ensslin, former national president, and Maureen Nevin Duffy along with members of the New Jersey Pro board. Ascarelli works to make the New Jersey chapter better as its president by resolving difficult situations, maintaining the chapter website, improving membership through encouragement and collaborating with other area groups – all while overseeing her own students and the student newspaper at the New Jersey Institute of Technology.
Hagit Limor
Limor was nominated by Tom McKee, Greater Cincinnati Pro chapter president. Limor served as SPJ national president and is currently serving as the Legal Defense Fund chair and treasurer for the Cincinnati Pro chapter. She has also served on the Sigma Delta Chi Foundation Board and played a prominent role in updating the SPJ Code of Ethics. Limor does all of this as a volunteer while maintaining her career as a journalism professor at the University of Cincinnati.
Ascarelli and Limor will be recognized at Excellence in Journalism 2017 in Anaheim, California, Sept. 7-9.
SPJ promotes the free flow of information vital to informing citizens; works to inspire and educate the next generation of journalists; and fights to protect First Amendment guarantees of freedom of speech and press. Support excellent journalism and fight for your right to know. Become a member, give to the Legal Defense Fund, or give to the Sigma Delta Chi Foundation.