Cincinnati SPJ welcomes Jack Greiner to the board 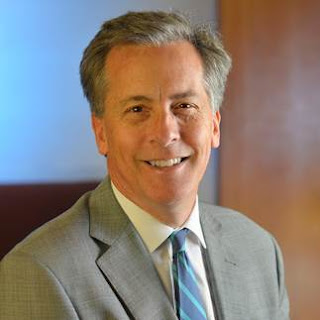 Jack Greiner is a commercial litigator with an emphasis on communications and media law. He is one of the region’s leading advocates for governmental transparency, having argued numerous cases in the Supreme Courts of Ohio and Kentucky and in appellate courts in the Tri-state area. His clients have included The Cincinnati Enquirer, Associated Press, ESPN, Vogue, Courthouse News Service, NBCUniversal, The New York Times and television stations in 16 markets. He also serves as Graydon’s Managing Partner.

Jack is a talented writer in addition to having created Graydon’s e-newsletter, InfoLaw News, and his own blog – Jack Out of the Box. The blog received first place in the 2018 and 2019 Ohio SPJ Awards for Best Blog in Ohio. He is the author of Imagine When You're Feeling Better, a children's book written to benefit Josh Cares, a Cincinnati charity.

Given Jack’s deep respect for journalists, he is honored to have been selected to serve on the board of Cincinnati SPJ. His tireless advocacy on behalf of the First Amendment is aligned with the goals of SPJ.

Congrats, Jack! We are thrilled to have you join the board of Cincinnati SPJ.