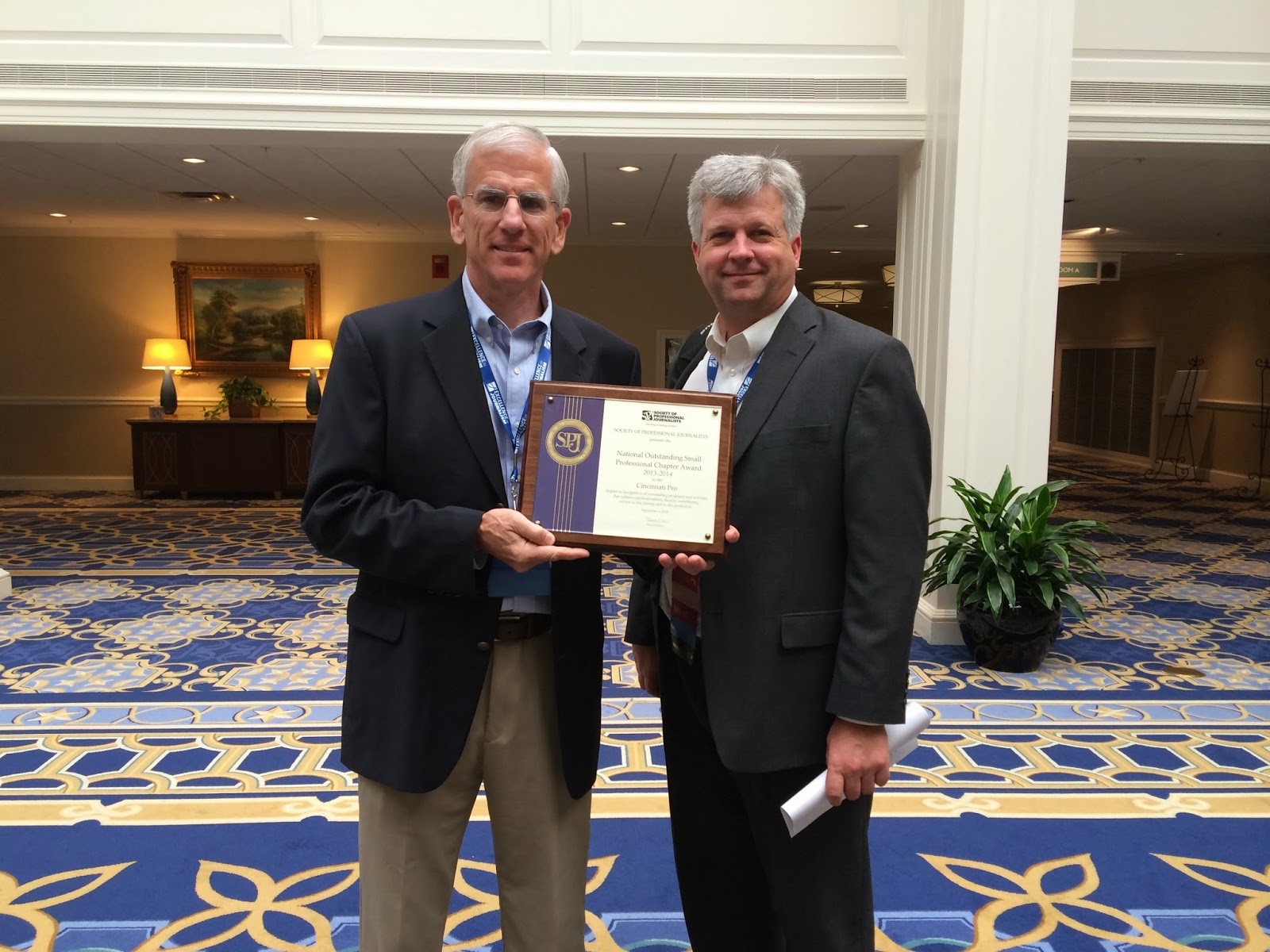 The award was presented to Chapter President Tom McKee by SPJ National President
Dave Cuillier during the Excellence in Journalism convention in Nashville.

A dozen chapters from coast to coast were considered for the annual award, which
is given for excellence in programs that further the SPJ mission.