Heartbreaking News of the Passing of Dr. Emil Dansker

We are heartbroken by the passing of our colleague, friend and mentor, Dr. Emil Dansker. Emil, 90, was the co-founder of the Cincinnati Pro Chapter in 1967 and an Emeritus Board Member. He remained active in the chapter until his passing on December 5. He was a champion for journalism in Cincinnati and across the globe. Many of those he mentored have become known as "Emil's Kids" because of the profound impact he had on their lives. Please join the Cincinnati SPJ Chapter in a moment of silence as reflect on the life of Dr. Dansker and remember him for the tireless work he did to further journalism and for the tremendous impact he made in each of our lives. 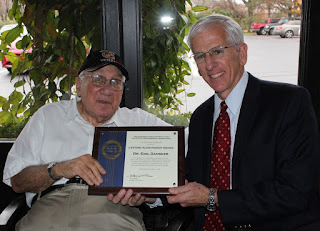